They scream though no one hears them. Will you?

Pacific. This largest and deepest ocean in the world has a good nose for treasures. Thousands of kilometers from other coastlines, it hides a pearl above pearls – Rapa Nui. Like a navel in the center of a huge belly, it marks its presence and importance since forever. Or at least since we know about it.

Commonly known as Easter Island, it is world famous for its mysterious Moai statues. And no wonder. Just a little under a thousand of those have been discovered on this tiny island!

Looking at the photos or films about this place, it is associated with an unusually mysterious, but still a paradise. There are palm trees, the sun shines, the population is beautiful and tanned. Add to that bananas, pineapples and flowers like from the SPA folder. The latter is always adorn by the pretty, Polynesian faces of smiling girls.

And today this post will not be about Moai, but about these girls. Because the stone is silent, but the woman is not. Only who will hear her? When she is cut off from the world by the most powerful Ocean?

Chile comes to the island and makes laws

The history of the island, from the moment it was discovered by sailors (Easter in 1772), is complex and difficult. So I will focus on how the Chilean government has regulated the status of Rapa Nui by including it into the Valparaiso region as a special territory. And it gave people civil rights.

The year is 1966, when 52 articles of the Easter Law (Ley Pascua) are written and the vast majority of them remain unchanged to this day. However, in these more than 50 years, the level of change due to outside influences is mighty! In fact, the word mighty seems ridiculously small here.

Just imagine an area as secluded, as I mentioned above. With a deeply rooted culture, in no way connected with the outside world (which has rapidly evolved through intercontinental influences). And suddenly – bang! Jeans, plastic, cigarettes! Then planes, phones and finally the Internet!

And please, without judging and texts like “savages”, or I will shoot my slingshot between the eyes! I am convinced that if your country developed in complete isolation, you would not have gone further than they did. More! You would not erect statues weighing like a railway car either. Maybe you would have done something else, but that’s a topic for a different time.

It is about them. They are very harmful and can even provoke evil. And they say that crimes committed on the island – including rapes on adults and minors – are to have much lower consequences. And as in Chile, rape is punishable by prison for a minimum of 15 years, on the island it is only three years and one day. But it is not everything!

Because such a criminal can even be allowed to spend two-thirds of his sentence outside of the prison. Sometimes he has to do a some work for someone, or stay at home between 10 p.m. and 6 a.m. Or it might be an overnight arrest, when there are places in a tight prison. And during the day, he may just as well go to the grocery store and give a friendly bow to a recently raped girl.

Can you imagine that girl’s fear of going out to the grocery store?!!

Were they less afraid 50 years ago?

No, of course not! But back then, the island was inhabited by a lot less people. There were no settlers from other countries, and the Rapanunians themselves created a culture that was specific to this place, conditions and community. You surely have seen their photos in a bikini, maybe you happened to see a couple dance full of sexual movements, or read somewhere that the intercourse of young people on the island started quite early.

But there is a difference – a huge one! – between consensous passion and rape! And although Chilean officials explain the law by adapting to the specific culture of the islanders, this is only a non-reflective excuse.

Sexual violence must have happened many times within the indigenous people as well. Such behavior occurs all over the world – without exception. But if the world is screaming that this is wrong, rapists and pedophiles are being treated horribly in prisons and human rights are taking over everywhere, what about the island?

You can’t give someone Coca Cola, crisps, magazines and the Internet and forget about human rights! And the humanly treatment of women.

And then release an elderly pedophile from prison and make the teenager, who was harassed by him, stop going to school. After all, she is simply afraid of her tormentor. And not so much of being abused again but uf a plain revenge for her exposing him! C’mon!

I am writing about it right now …

… because I was very touched by the case of someone close to me. Beautiful, underage girl, the best student at school. Of course – from Rapa Nui.

When she was 4, her father left the island and broke off contact. At the age of 10, she was molested by a 50-year-old man (who is not a native islander). And at the age of 17, she fell victim to an online sexual abuse through an Instagram account. This time an adult, though young, is half Rapanui and half European.

When she reported the first crime at school, there was an investigation that the pedophile spent at large. Poor girl was afraid to go to classes, got worse at school, gave up her passions and became depressed. Then a second guy attacked her. He couldn’t do it personally, so he went through the internet ?! Because of the ongoing investigation, I cannot write more. But believe me, this is really awful. For her mind and her future for sure. So what if she’s beautiful and talented when she might never trust men again?

This is not the only case. Rather an example of many! But needed to show you the importance of the situation. Because this pedophile may soon be released from prison for daytime walks, and this child will go crazy with fear! Rapa Nui is really a tiny island with one town and two bigger streets. I was going by foot from home to the airport there, because it was just a stone’s throw away.

So the effect is that on such a small island, they – the victims – are locked up like in a prison with their torturers! They have nowhere to hide …

Help me help these women and children!

Because I can’t do it alone, but there is a strength in a group!

If the ocean drowns out their screams, let’s use the Internet! Especially since Covid-19 is blocking protest options in Santiago, and they have no way of sending friends personally to the offices in the continental capital.

How can you help?

Share, pass on information, turn off the indifference. This is the first option, if you don’t want to participate with your own face.
And very important too! ♥

And if you have enough strength and disagreement with what I described above – get more involved. I have confirmation from friends from around the world that today and tomorrow they will do what we do and share their photos on the web. Facebook, Instagram, Twitter, even LinkedIn!

Just take and write a few words on a piece of paper. Manually, on a regular one, like one from a printer, it does not have to be evenly written. The text is provided below ☟

The text is in Spanish so that it reaches the Chilean authorities as efficiently as possible. Usually they are average in English.

And important – when posting your photo with this text on Social Media, remember about the hashtag #TodosSomosMujeresDeRapaNui (we are all [with] women from Rapa Nui). Thanks to this, the women demonstrating on the island will see us all and get a huge mental reinforcement, because they are a bit tired by now. Think how much they will flourish after such support !!!

Can you imagine their shock, joy and emotion when they suddenly see under one hashtag a multitude of people with those cards, where names and countries will be from all over the world?! Australia, USA, Spain, Argentina, Poland… Now you can make them really smile! And they will strengthen!

And if you don’t want your face to go out into the world – take a picture with that piece of paper in front of your head. You can show only eyes for example and name. Or not even that. I can propose something more! Instead of putting it on your profile, you can send such a photo to me by e-mail (kontakt@ewaway.pl), and I will put it in a collage and share it without any data – I promise! Every support counts.

Their island, their problem

Of course, you can also do nothing.
And okay, you have that right, theoretically it’s none of your business. I could write to my friends on the island as well: “I sympathize, hold on!” and go back to my business.

But I do believe in karma. Good energy, community strength and the value of helping others. And that’s why I’m going to stay up another night tonight to see next march of strong women through the streets of Hanga Roa. There, in the middle of the ocean. / I will definitely share video report on my Facebook./ Women who may feel for the first time that they are not alone in this.

And then I know they will be able to move mountains! And they’ll change that goddamn law. With us!
And seventeen-year-old T. will stop being afraid and start building her life anew. ♥

Do you have any other idea how to help? Please share it in the comment below. Maybe we’ll come up with something else together!

Personally, I hope that if more than the 20 people – who initially promised me to help – get involved, some effective organizations and journalists will become interested in it (how much can one write only about a virus ?!).
And then it will be a milestone in progress :)
GO GIRLS & GO GUYS! 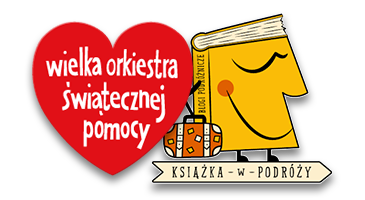 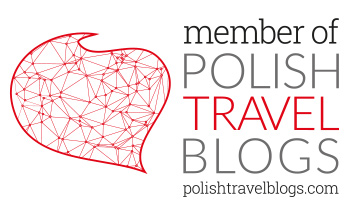